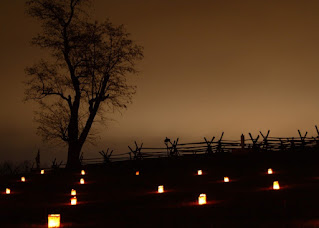 By September 1862, the American Civil War had raged for about a year and a half. It had not gone well for the Army of the Potomac, the Union army in the east. On the fourth of that month, Confederate General Robert E. Lee led his Army of Northern Virginia across the Potomac River, invaded Maryland, and advanced to Frederick. He divided his army and sent various parts on separate missions.

Led by General George B. McClellan, the Army of the Potomac left Washington DC in pursuit of the invaders. By the time McClellan's army reached Frederick, the Confederates had moved on, leaving a copy of the Confederate General's battle plans wrapped around a bundle of cigars that Union soldiers accidentally discovered. See the complete story on Outlook By The Bay

Now that the 2022 midterms are behind us, it is time to start thinking about the 2024 presidential election. I have a suggestion for my fellow Americans, all my fellow Americans. Let's pick candidates from the two major parties that are at least under seventy years old. It is time for my generation, the "Baby Boomers," to stand down and let the next generation take over.

Baby Boomers have dominated the Presidency for most of the last thirty years. Barack Obama was the only respite. It was fine when Boomers were in their forties and fifties, as were Bill Clinton and George W. Bush, but the current party leaders, Donald Trump and Joe Biden are late septuagenarians. While people like me, who are in their seventies, are still capable of many things, I don't think being an effective president is one of them. Unfortunately, neither Trump nor Biden has done anything to convince me otherwise.

To put this age issue in perspective, Ronald Reagan was seventy-seven when he left office. Biden and Trump will be older than that when the 2024 election arrives.

As people age, their brain shrinks in places that have to do with complicated mental activities and processing. Cognition decline starts early and accelerates as we age.

All presidents must continually learn on the job; being the free world's leader is a complicated task. So, it is best to have a fast learner in the oval office. While older people can learn new things, it usually takes them longer than younger people.

It takes energy to be an American president. The demands of the office are enormous. As people grow older, their energy level declines. When stress drains down energy levels, the chance of disorientation emerges, and therefore our seventy-nine-year-old president often sounds confused. This is also why Donald Trump cannot stay on topic during interviews. This is why both are prone to ramble.

Since 1950 the life expectancy of the average American has increased from 68 to 79. There were fewer septuagenarians then. For us aging Boomers, the advances in medicine that make this possible are lovely. I would already be dead without them.

But with this good thing comes negatives. One of them is an increase in cases of Alzheimer's or other forms of dementia. Seventeen percent of people in the age range of 75-84 have Alzheimer's. Both party leaders will be in that age group in 2024. Whether or not they have Alzheimer's, both have already demonstrated obvious signs of some dementia

So, America, let's try aiming for younger candidates. Here are two I would like to propose. For the Republicans, I suggest Virginia's Governor Glenn Youngkin, and for Democrats, California's Governor Gavin Newsom. At fifty-five, both are younger than those who have occupied the oval office for the last eight years

Glenn Youngkin's political debut has been successful because he can attract votes from moderate and MAGA Republicans. Until his presidential ambitions became apparent, Youngkin managed to keep a distance from Trump without offending him or his followers. That Trump recently insulted the Virginia governor indicates that the former president fears Youngkin's ambitions. It is doubtful that remark will pull many Republicans away from Youngkin, and the governor's response to the insult with "I don't roll that way," must attract Republicans weary of Donald Trump's childishness.

Youngkin has pitched himself to the MAGA voters. During the 2022 campaign, he actively supported candidates like Arizona's right-winged MAGA extremist Kari Lake. His dreadful remark after Paul Pelosi's attack was not a blunder. He intended to appeal to the crasser side of the GOP to keep up his Trumpian bona fide. At home, he promotes Republican bread-and-butter issues, and those moderate Republicans who voted for Trump in 2016 but not in 2020 will find Youngkin a suitable candidate.

Gavin Newsom rose through San Francisco's local government, beginning as a popular member of that city's board of supervisors and then its mayor. His political record shows he is a centrist, supporting typical Democrat social issues while encouraging fiscal responsibility. He has promoted business in California, even when such support brings on the ire of unions. His political position could help move the Democrat Party from the deep left field toward the center. It would be difficult for FOX News to portray a pro-business candidate as a socialist, as they are prone to do with many Democrat candidates. Gavin Newsom could draw in those voters who have become alienated from the Democrats by the far-left Alexandria Ocasio-Cortez, and her "squad."

Here are two possible coeval candidates with similar experiences in life. Both went to college on sports scholarships and have been successful businesspeople. Both have experience as a state's chief executive. The winner of such a contest would become president close to the median age of presidents at the time of inauguration, fifty-five. The needed generational change in the White House would begin.

It would be wonderful if both the former and the current president recognized that their time has come to bow out of presidential politics to enjoy the autumn of their years. But both have other plans. Trump has already announced his plans to run again, and Biden has as much as done the same. It will be up to the American people in both parties to prevent them from becoming candidates.

My father used to say, "In God, we trust because we sure can't trust the people," Come on, America, prove my old man wrong.

To Americans, Guy Fawkes Day in England may appear macabre. Who celebrates the execution of a man with bonfires and effigies thrown into the flames?

Guy Fawkes was a catholic in protestant England in the seventeenth century who attempted to blow up the House of Lords as part of a cabal to overthrow the Anglican monarchy and install a Catholic that came to be called The Gunpowder Plot.

Two years after the thwarting of The Gunpowder Plot, resulting in the death of Guy Fawkes, the British established their first permanent colony in North America. The Jamestown colony established itself as Anglican, and twenty-five years later, Maryland began as a refuge for Catholics.

While religious toleration became the law of the land thanks to the First Amendment to the Constitution, the schism within Christendom did not vanish from the United States. It lingered for most of our history. Protestantism, already splitting itself into different factions as colonization began, divided more rapidly here than anywhere \under the First Amendment to over 1,000 denominations, some hostile to the "popish" Catholics. This tradition fed the xenophobic immigration policies of the late 19th and early 20th  centuries when most immigrants came from the catholic regions of eastern and southern Europe. Moreover, it extended to Latin American immigrants who came to work as migrant workers from similarly Catholic countries.

The Christian schism made its presence known in presidential politics. In 1928 The Democrats nominated a Catholic for the first time, Al Smith. Virginia and Tennessee, states that had faithfully voted Democrat since the end of the Civil War, switched to Republican, helping the protestant Herbert Hoover become president. When Franklin Roosevelt, a protestant, got the Democratic Party nomination, both states revered back to that party.

Since then, the hostility of protestants towards Catholics has abated, and after 911, Islamophobia replaced it. Guy Fawkes did not succeed in reversing the course of history, but his actions, those of a religiously-motivated terrorist, are still with us today. 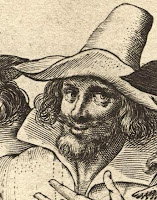 Letters to the Editors of Various Newspapers

An Anthology About Writing 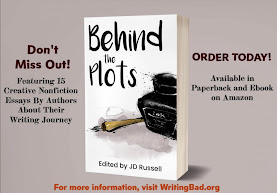 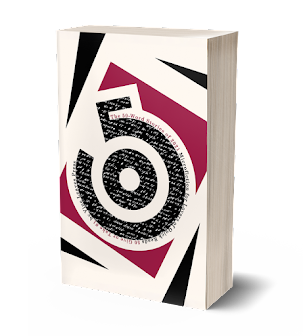